The Road to Zen

Carol’s road to becoming a winemaker had a very early and unusual start. When she was six, her mom developed an “identify the scent” game using herbs and spices out of their kitchen cabinet. It quickly became apparent that Carol not only possessed a great sense of smell, but she was remarkably adept at figuring out the new smells as the game evolved. As Carol recalls, “it was probably the beginning of my path into the wine industry”.

Carol started at UC Davis in 1974 as an undeclared major with a penchant for language and an aptitude for science. While on a tour of Sebastiani Winery, Carol walked into the barrel room, and was moved by the scent of red wine and oak in the air. She was struck by the power and complexity of aromas and decided, in that moment, to be a winemaker. She declared her major as Fermentation Science under the tutelage of Ann Noble, the author of the Aroma Wheel, and threw herself into her enology studies at UC Davis. One of Carol’s research projects on yeast strains proved that different yeast produced different flavor characteristics in wine. This early experience with yeast is reflected today in the delicious, full-flavored wine Carol produces. Armed with her Bachelor’s degree in Enology from Davis, she has never looked back, working her first harvest in 1978 and every harvest since then. 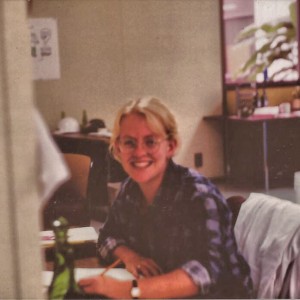 Early in her career, Carol experienced some of the resistance that many of this pioneering class of women winemakers were encountering. In her own words: “women weren’t allowed to work in the cellar. We weren’t considered strong enough, but I think many of us proved this conception to be dead wrong: by hauling hoses, pushing around pumps, shoveling out a tank full of grapes – and yes it’s hard physical labor, but women can do it.” Despite this all too common prejudice of the time, she did have the great fortune to work with legendary winemakers André Tchelistcheff at Buena Vista and Peter Lehmann at Saltram in Australia. Her time making wine with these wine icons would be invaluable as she forged a career as a winemaker in Sonoma County.

In 1981, Carol began working for Rodney Strong and Windsor Vineyards. During her 19-year stint as winemaker at Windsor, Carol had the opportunity to bottle 45 different wines each year, ranging from sparkling wines to port, with Zinfandel coming up as her favorite wine time and time again. It was the unpretentiousness and range of flavors that drew Carol further into the exploration of Zinfandel. This included making various Zinfandels from different growing regions and allowing the terroir to speak through the wine.

Then in 2000, at the urging of Carol’s husband Mitch, she decided to start her own winery, acting as President and Winemaker. However – starting out independently wasn’t easy and it certainly wasn’t cheap. Carol recalls her first vintage for her eponymous label: “We only had enough money to buy the fruit and barrels and make the wine. We came up with the idea of selling barrel futures during that first year, and at the time our customers didn’t know it, but they paid for the glass in which the first vintage of my wine was bottled.” Some of those first supporters that bought barrel futures are still loyal club members at Carol Shelton Wines, and Carol is forever grateful for their early and continued support over the years. 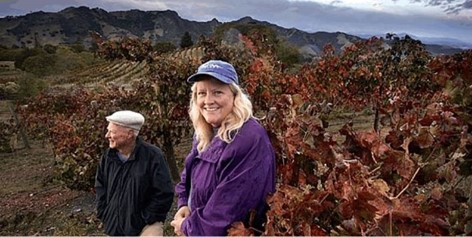 Carol & Mitch Mackenzie, her husband and business partner, have sought out exceptional vineyards throughout California including Dry Creek Valley, Rockpile, Russian River Valley, Fountaingrove District, Paso Robles, Lodi, Mendocino County, and the Cucamonga Valley of Southern California. Many of her vineyard sources are organically grown, dry farmed and many decades old. She develops close partnerships with each grower to ensure her wines maintain and express the unique terroir of the vineyard.

Based out of an industrial park in the city of Santa Rosa, Carol continues to meticulously hand-craft her wines with a combination of experience, creativity, and passion. Each of Carol’s Zinfandel wines receives its own whimsical and memorable name, echoing both her playfulness and love of words. Her Wild Thing label denotes that the wine is produced using the wild yeasts found on organically grown grapes, Pizazz Zin is a play on grower Charlie Piazza’s name, while Karma Zin represents the happy results of a giving relationship between grower and winemaker. The appellation Cucamonga is merged with the humongous flavor descriptor to create the Monga Zin, and Rocky Reserve is Carol’s nickname for the wonderful Reserve Zin she makes from the Rockpile appellation.

Carol Shelton has won Winemaker of the Year five times, has countless gold medals for her wines and was named one of eight Pioneer Women Winemakers of Sonoma County in 2005. She continues to win awards and accolades – her 2011 Wild Thing Zinfandel was included in the Wine Spectator’s Top 100 Wines of 2014.

With many harvests under her belt and her passion for winemaking still strong, Carol Shelton has become an iconic woman winemaker. For Carol, the best is yet to come.